Health Benefits of Onion for Body

Onions are a great "free food" for body because they contain only 30 calories per half cup (chopped raw onion) and have no fat, no cholesterol and no sodium. In the same half-cup serving of onions, there are seven
grams of carbohydrates, five of which are sugar, plus one gram of protein. Onions also contain vitamin C, vitamin B6, potassium, calcium and folic acid.
Some people do have trouble digesting onions, but usually only when they consume excessive amounts. Raw onions or foods with a high content of cooked onion, such as French onion soup, also can be hard to digest. Signs that onions are giving you indigestion include burping and upset stomach but, for most people, consuming a normal amount of onions should not cause digestive problems. Onions can be very strong in smell and taste, and having "onion breath," especially after eating raw onions, is mostly unavoidable due to the high organosulfur compounds present in them.
If you think you might have trouble digesting them, add small amounts of properly cooked onions to your food. According to The Joy of Cooking, "High heat and a too long cooking period bring out the worst
features in onions." Saute them over low to medium heat only until they turn translucent or until golden for a slightly stronger flavor.
Onions are bulb vegetables in the same family as garlic, leeks and shallots. They come in a range of colors, including white, yellow, purple and red. Onions can be tiny or weigh up to a pound apiece. Their strength and aroma vary widely, from mild and sweet to pungent. According to the National Onion Association (NOA), onions contain "fructans, flavonoids and organosulfur compounds." The NOA defines fructans as "small carbohydrate molecules that help maintain gastrointestinal health by sustaining beneficial bacteria." The flavonoids present in onions, particularly quercetin, are known antioxidants.
Organosulfur compounds give onions their pungent taste and smell. They may make your eyes water when you chop them. To avoid tearing up, cut onions under running water or slice them in half and soak them for two minutes in chilled water before dicing.
Onions are extremely versatile, and they are often used as a seasoning as well as a vegetable. Add them to pasta sauces, soups, salads or any dish that needs a little zip. Use a small amount of raw chopped onion as a topping for Mexican food, such as burritos. If you really feel adventurous, you can even go as far as eating a whole baked onion. For more information on the health benefits of onions or for onion recipes.
Health Benefits, Vitamins and Minerals in Onion
The onion is a member of the lily family, a close relation of garlic. It is often called the "king of vegetables" because of its pungent taste. The smaller onions are more pungent. They are the ones that make your eyes water when you cut them, when the organic sulphur is released. Onions contain more than one hundred sulfur-containing compounds.The onion plays a role of a tonic in boosting immunity as it is rich in assimilable iron,calcium and vitamins ,particularly B1 (thiamine), B2(riboflavin), and C.The best way to benefit from an onion is to eat it raw as in salads and juice for children. 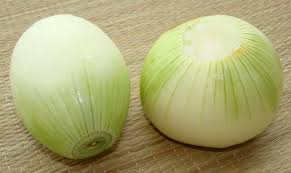 Some of the best ways to eat raw onions is in a veggie salad and in veggie dips. I personally love making my own antibiotic by crushing up some onions and garlic and mixing them with about 2 tablespoons of honey and swallowing the mixture down with some water when I have a cold and need to speed up the healing. The other ways is by adding a few slices of raw onions with my sandwiches or on top of a baked potato with some crushed raw garlic. I know some people love eating raw onions straight up, but many of use do not, but there are several ways to get raw onions into our diet without eating them straight up. You don't need to just eat one kind of onion either. You can choice between a red, yellow, or green onion. All raw onions contain the same amount of health benefits. All you have to do is eat them raw.
Remember onions do more than just make us cry. They also help keep our bodies healthy and get us healthy again when we are sick. So, go chop up some raw onions and start adding them to your meals and suck some down to get the full health benefits from them .
Red Onions Help Reduce Blood Glucoe Levels 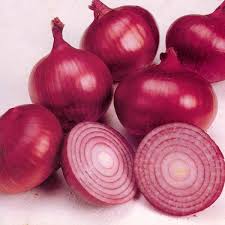 RedOnions1 Red Onions Help Reduce Blood Glucoe LevelsThe incidence of diabetes has risen dramatically over the past thirty years. According to the CDC, the incidence of diabetes has risen from 3.3 to 8.2 per 1000 population from 1980 to 2008 in the United States. That represents and increase of over 148%. Part of this increase has been linked to the rising obesity epidemic in what has recently been coined the diabesity epidemic.
Diabetes itself is generally classified as one of three different types. Type 1 diabetes refers to an autoimmune disease in which there is a defect in insulin secretion from the pancreas. It accounts for 5-10% of the cases of diabetes and occurs most often in children and young adults. In contrast, type 2 diabetes is a metabolic disorder characterized by a defect in insulin secretion and/or insulin resistance. The third type is referred to as gestational diabetes which occurs in pregnant women.
Onions have long been known to have several putative health benefits. Onions are rich in flavinoids such as quercetin as well as sulfur compounds. The health benefits of onions have been linked to everything from the common cold due to diabetes and osteoporosis.
Onion juice triples testosterone levels
Best Onion Juice for Body
Think of a dirt-cheap vegetable you can buy at every greengrocers and supermarket. Put it in a juicer, give the juice to rats for three weeks, and watch their testosterone level rise by 314 percent. According to research done at Tabriz University in Iran, fresh onion juice raises testosterone levels as much as substances like nolvadex or clomid. 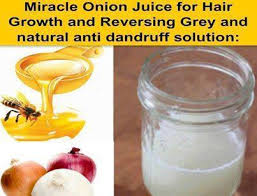 In Iran many men who have fertility problems can’t afford to buy medicine. That’s why Iranian researchers are looking for alternatives to medicines like NAC and selenium. Studies show that antioxidants can increase production of testosterone and sperm in the testes. Studies have also shown that onions contain strong antioxidants. So the researchers put two and two together and bought ordinary onions – Latin name Allium cepa – on the market. They peeled the onions and put them in a domestic juicer made by Tefal. The juice they got is what they used in their trials.
Their subjects were a group of 8-week-old male rats. Of these, 10 were given ordinary food for 20 days. [Control] Ten other rats got 0.5 g per kg bodyweight of onion juice, which was pumped into their stomachs using a tube. Another 10 rats were given the same treatment, but got 1 g/kg bodyweight/day.
Side Effects Of Onion Juice 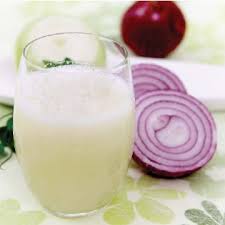 One of the adverse effects on health due to the consumption of large quantities of onion juice is gastric irritation. To avoid this, onion juice must be drunk in moderation. Onion juice may also cause nausea and
vomiting in some cases. Application of raw onion juice can lead to skin irritation and should be tested on a small area before application on the affected areas.
iron by eating garlic & onions
Bioavailability of micronutrients iron and zinc is particularly low from plant foods. Hence there is a need to evolve a food-based strategy to improve the same to combat widespread deficiencies of these minerals in a population dependent on plant foods. Dietary sulfur-containing amino acids have been reported to improve the mineral status of experimental animals. Our objective was to examine whether sulfur compound-rich 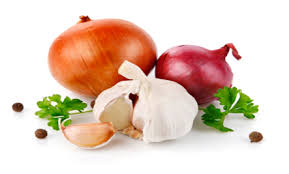 Allium spices have a similar potential of beneficially modulating the mineral bioavailability. In this context, we examined the influence of exogenously added garlic and onion on the bioaccessibility of iron and zinc from food grains. Two representative cereals and pulses each were studied in both raw and cooked condition employing two levels of garlic (0.25 and 0.5 g/10 g of grain) and onion (1.5 and 3 g/10 g of grain). The enhancing effect of these two spices on iron bioaccessibility was generally evidenced in the case of both the cereals (9.4−65.9% increase) and pulses (9.9−73.3% increase) in both raw and cooked conditions. The two spices similarly enhanced the bioaccessibility of zinc from the food grains, the extent of increase in cereals ranging from 10.4% to 159.4% and in pulses from 9.8% to 49.8%. Thus, both garlic and onion were evidenced here to have a promoting influence on the bioaccessibility of iron and zinc from food grains. This novel information has the potential application in evolving a food-based strategy to improve the bioavailability of trace minerals and hence contributes to the human health benefit.
Onion & Garlic for Increased Testosterone
I ran into some interesting information while helping out at the USAW certification course this past weekend, specifically regarding theories on increasing testosterone levels without using illicit substances.
The first theory was regarding a study that was conducted at the Tabriz University in Iran. According to some sources, many men who suffer from fertility issues in Iran cannot afford the medical treatments

necessary to increase fertility and testosterone production, so their scientists went to work on find alternative methods. Another source stated that high levels of antioxidants have been known to increase testosterone levels, since onions contain high levels of antioxidants they quickly became  the substance that would be used in the trials. Scientists conducted the study with rats, using a juicer to create onion juice that was fed directly into the stomach of rats via a tube. I am not sure how a poor citizen of Iran is supposed to afford a juicer if they can't afford simple medical treatment, but that is another story in itself.